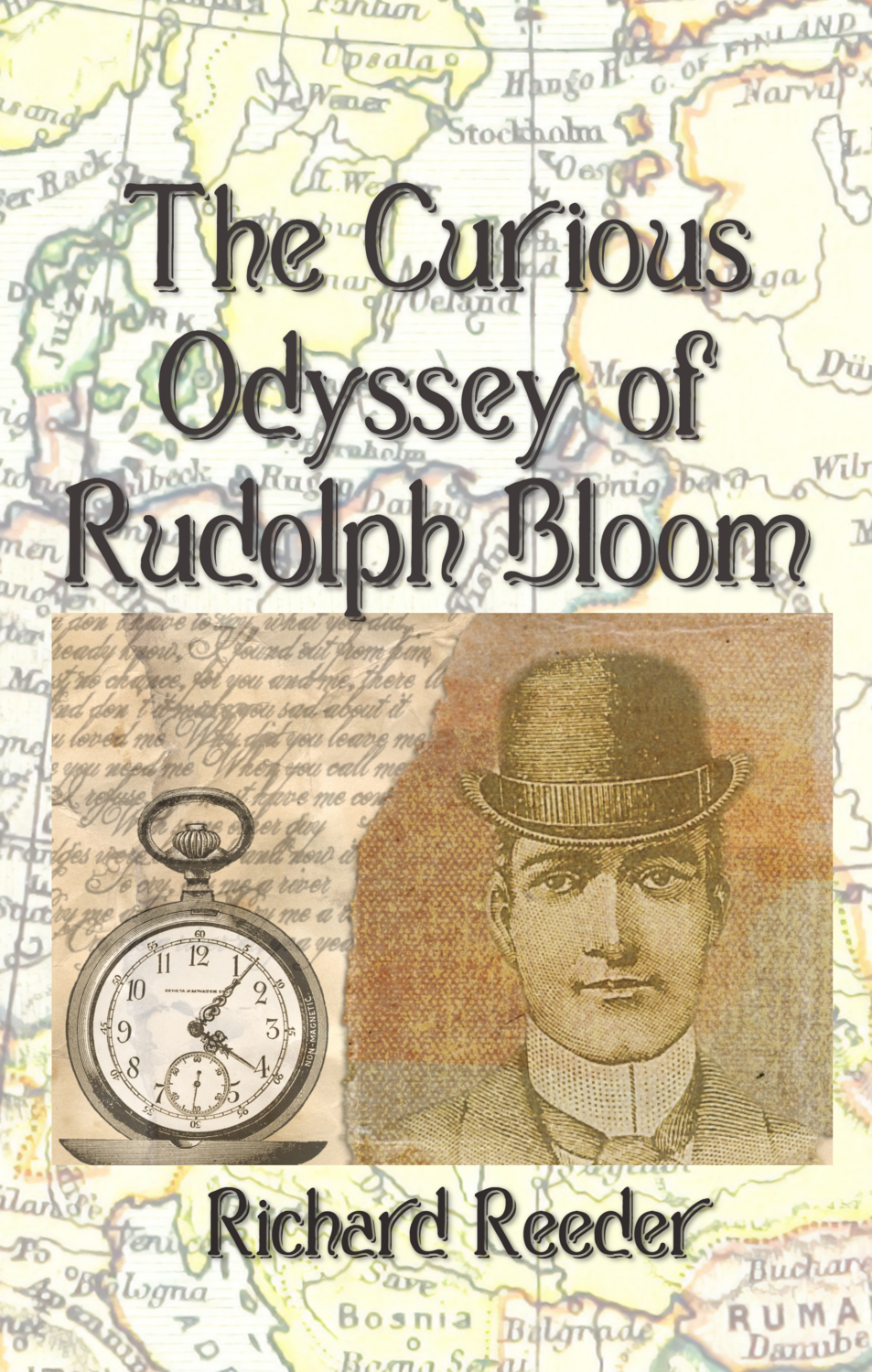 The Curious Odyssey of Rudolph Bloom, by Richard Reeder

Released on the 100th Anniversary of the publication of James Joyce's novel, Ulysses, February 2, 2022

Readers of James Joyce's novel ULYSSES
will recognize the central character in this brief but provocative novel
as the father of Leopold Bloom, but in their wildest dreams most will
never suppose the reality behind his peripatetic history. Born Rudolph
Virag into a Jewish family living in the Hapsburg Empire in and around
the defeat of Napoleon at Waterloo in 1815, we know from Joyce's
narrative that he lived at various times in Budapest, Vienna, Milan,
Florence, London, and Dublin. Yet the reader is never given an
explanation of why Rudolph was in those cities and what he did there.

THE
CURIOUS ODYSSEY OF RUDOLPH BLOOM creates, for the first time, a
backstory for this character. And what a story it is. Here we find
Rudolph is a master tailor who manages a family project in Milan to
provide buttons for the Hapsburg Empire's occupying army. In Italy, he
discovers the world of great opera and art. But more importantly,
Rudolph finds the great love of his life in Peppino, a Florentine man
who is his project supervisor.

The story is told in two parts through
Bloom's own memoir and reconstruction of the history with the sleuthing
of none other than the two literary giants, Oscar Wilde and Bram Stoker.

A cracking good, satisfying tale, coming out on February 2,
2022, the 100th anniversary of the publication of Ulysses.

PRAISE FOR THE CURIOUS ODYSSEY OF RUDOLPH BLOOM

An impeccably researched and imagined story. The Curious Odyssey of Rudolph Bloom delivers a choir of fascinating characters, piecing together shards of a story that is larger than any of them can imagine. When Oscar Wilde and Bram Stoker discover the heart of the story, the rich life of Rudolph, they usher in the proper reverence. Richard Reeder has picked up Joyce’s famous story and delivered his own captivating myth. -Devin Murphy, author of TINY AMERICANS and THE BOAT RUNNER