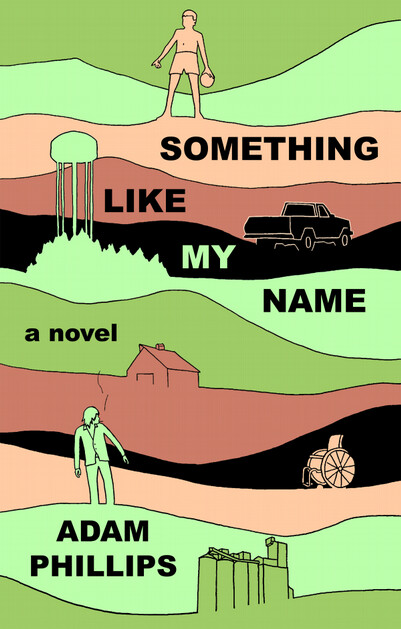 Adam Phillips has written a treasure, wide-ranging yet focused, intricate in thought, simple in language. Something Like My Name takes its title from the James Tate poem, Manna, which describes a moment of ineffable beauty and reassurance. Set in northern Idaho, the concurrent struggle of two young men to figure out their paths in life is filled with dark humor, encounters with odd characters, high times, revisiting old mistakes, and death itself. Raw, edgy, and powerful, it will appeal to readers who enjoyed books like Donald Ray Pollock’s Knockemstiff, Irvine Welsh’s Trainspotting, and Jonathan Lethem’s Motherless Brooklyn. Told in a series of somewhat rambling, linked episodes similar to Jesus’ Son by Denis Johnson, with the incisive, gritty detail and unflinching tension of Cormac McCarthy’s Blood Meridian, and touches of an almost demented, tragic hilarity that echoes William Kennedy’s Ironweed and Rick Moody’s The Ice Storm. You will find yourself shaken and stirred by the personalities in this story, by who they are and what they become, and the ending, while perhaps foreseen, is nevertheless surprising and satisfying.

Phillips, an Idahoan who has taught at the university level as well as at-risk eighth graders, has some ready familiarity with the absurdities and life challenges illustrated in his story. About the book, he says, “I wanted to demonstrate that this story, the quest to ascribe some type of meaning to yourself and your life, is really the only story that has ever existed, and that each one of us, from the first sentient caveman to the last post-apocalyptic survivor, is possessing and directing a localized version of this same story. To execute this purpose, throughout the book I’ve placed threads of themes and details and characters from some very old very well-traveled shared stories, having spent several years studying the archetypal hero stories, the Hebrew Bible and New Testament, and the Babylonian and Mesopotamian myths that both Bibles are based on. Readers familiar with any of these sources will recognize the satanic and angelic forces tugging at the protagonists’ souls, the shrouded curses and augers, the bolts of vengeful wrath and beams of benevolent favor. I’ve woven these epic shadows into the sometimes decrepit lives of my earnestly seeking but imperfect protagonists in order to represent the ubiquity of the collective quest.”