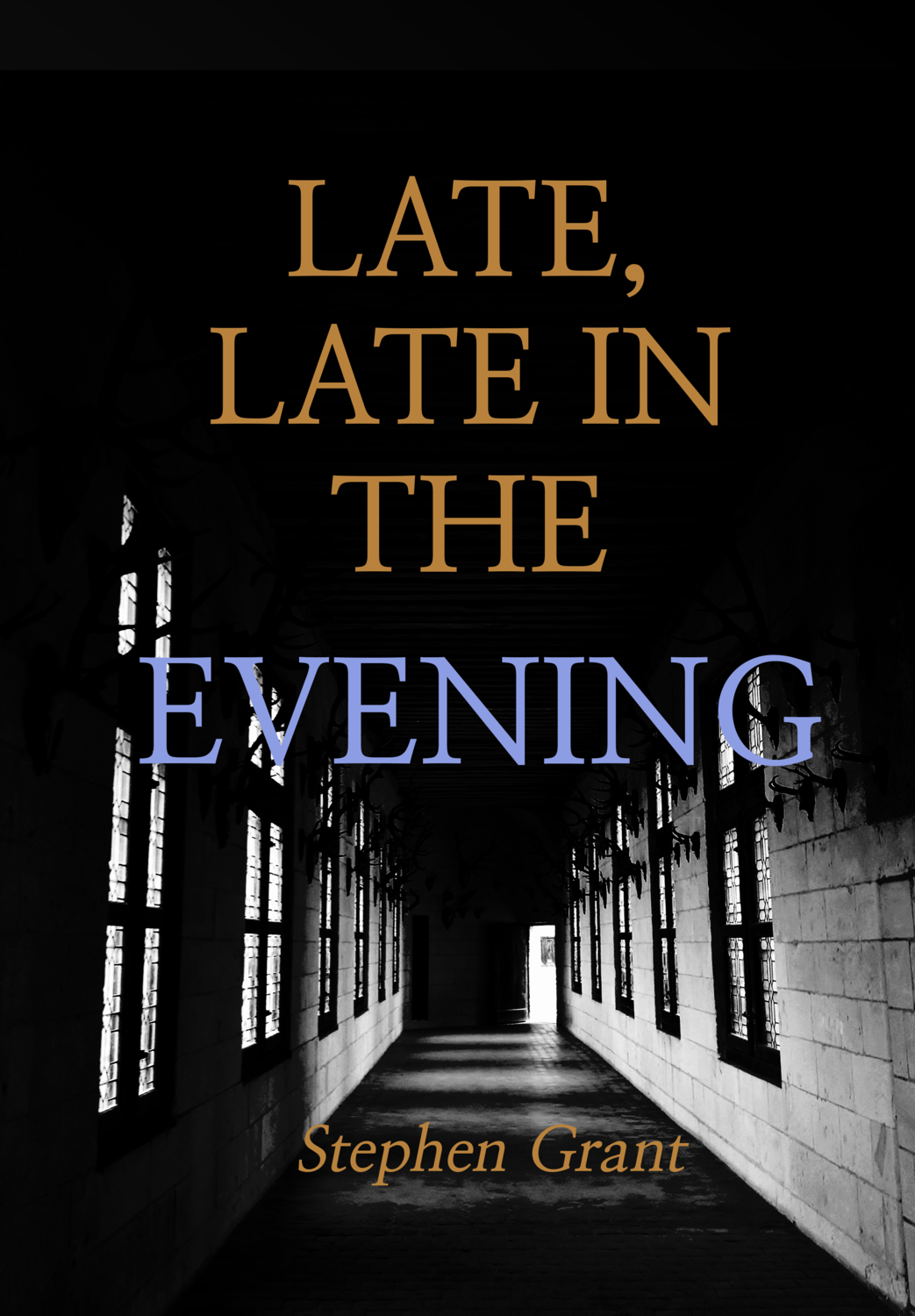 Late, Late in the Evening, by Stephen Grant

2022 FINALIST FOR THE ERIC HOFFER AWARD IN GENERAL FICTION

Late, Late in the Evening presents readers with the dystopian nightmare of a Britain that has descended into authoritarianism, where nationalism and xenophobia are now the guiding values of government. Advanced surveillance means individuals are never free, and robot armies make states almost invulnerable. But it is never straightforward when one wishes to suppress an entire nation, and at the heart of any resistance is the question of how we react when forced to fight in a conflict we never wanted.

This is the story of a poet who must confront the nightmare of dictatorship. Imprisoned for his writings, Gabe is released into a life little better than slavery, serving a member of the ruling party and in constant danger from the merciless agents who guard the country estate where he now lives.Yet there is still the prospect of being reunited with the family who escaped before the borders closed, and the longer he remains on the estate, the more he realizes that he is not alone in his opposition to the country’s new rulers. He also finds himself drawing closer to Caroline, the enigmatic wife of his master. As events in the wider world become ever more unstable, Gabe will have to decide where his ultimate loyalties lie, and whether he will fight or run.

PRAISE FOR LATE, LATE IN THE EVENING

Stephen Grant
extends his range with his latest novel: the stylish and captivating
thriller, Late, Late in the Evening. A Cli-fi dystopic
novel set some decades in the future from now, Late, Late in
the Evening feels prescient in the rattling horror it
describes of technology getting beyond human control, climate change
that causes mass migrations, and charismatic leaders coming to power
on the resentments of a displaced native population. Part warning
flare of things to come, part gripping entertainment; the philosopher
Stephen Grant has written an intelligent book that's a joy to read.
-- Joseph G. Peterson, author of The Rumphulus