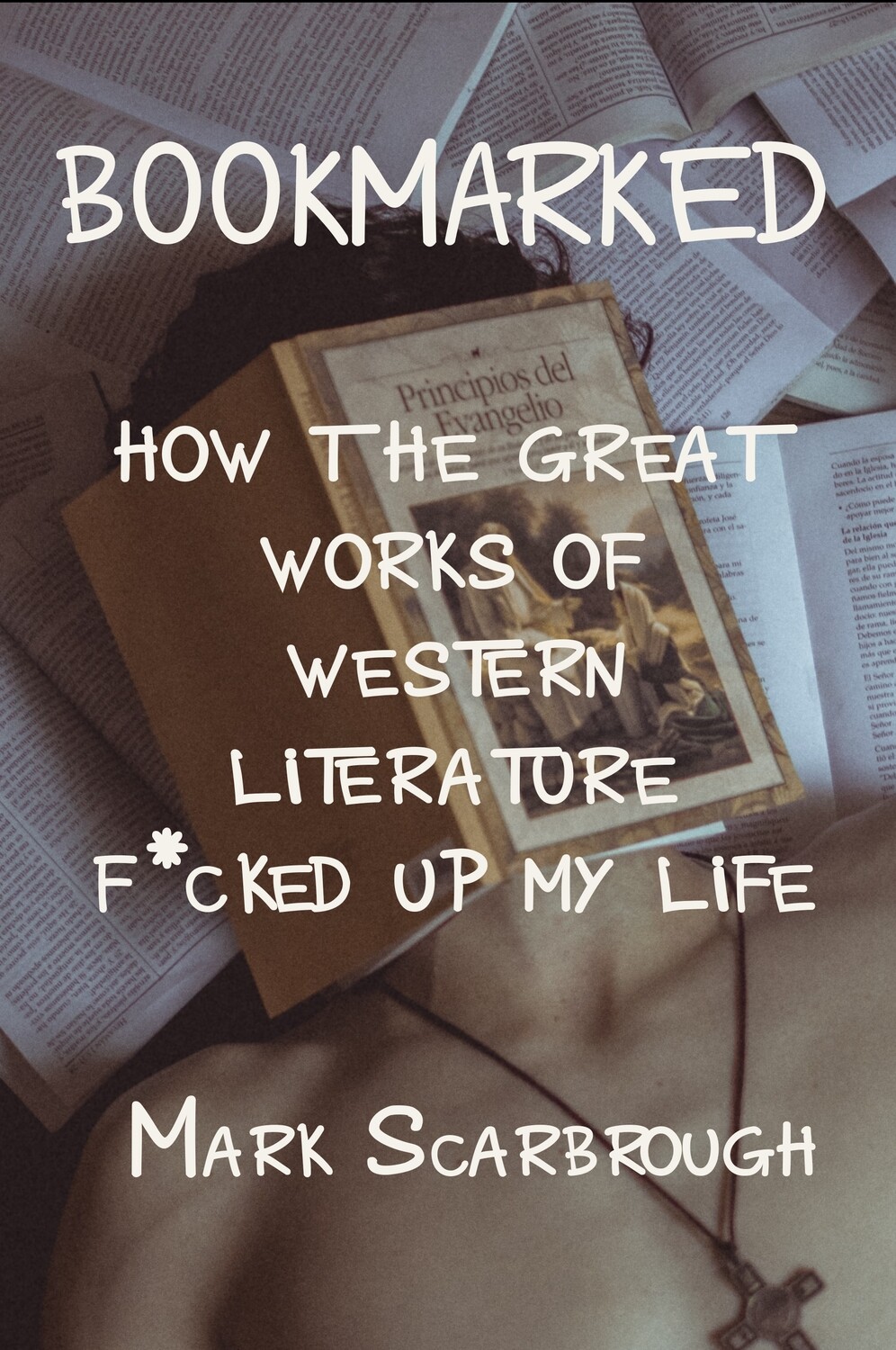 Bookmarked: How the Great Works of Western Literature F*cked up My Life, by Mark Scarbrough

A poignant, funny, and timely memoir that marries the intimacy and the sexual identity themes of Boy Erased with My Life in Middlemarch’s interest in the way literature shapes and influences our lives, written in the authentic Southern voice, deeply incisive wit, and with quirky but erudite observations evocative of John Jeremiah Sullivan's Pulphead.

Mark Scarbrough has been searching for something his entire life. Whether it’s his birth mother, true love, his purpose, or his sexual identity, Mark has been on a constant quest to find out who he really is, with the great Western texts as his steadfast companions. As a boy with his head constantly in a book, desperate to discover new worlds, he can hardly distinguish between their plots and his own reality. The child of strict Texan Evangelicals, Mark is taught by the Bible to fervently believe in the rapture and second coming and is thus moved to spend his teen years as a youth preacher in cowboy boots. At college, he discovers William Blake, who teaches him to fall in love with poems, lyrics… and his roommate Alex. Raised to believe that to be gay was to be a sinner, Mark is driven to the brink of madness and attempts suicide. Hoping to avoid books once and for all, Mark joins the seminary, where he meets his wife, Miranda. Neither the seminary nor the marriage stick, and Mark once again finds himself turning to his books for the sense of belonging he continues to seek…

In the tradition of beloved titles like The End of Your Life Book Club, Reading Lolita in Tehran, and The Year of Reading Dangerously, Bookmarked tells a deeply personal story through the lens of literature. An examination of one man’s complicated, near-obsessive relationship with books, and how they shaped, molded, ruined and saved him, Bookmarked is about how we readers stash our secrets between jacket covers and how those secrets ultimately get told in the ways that the books themselves demand.