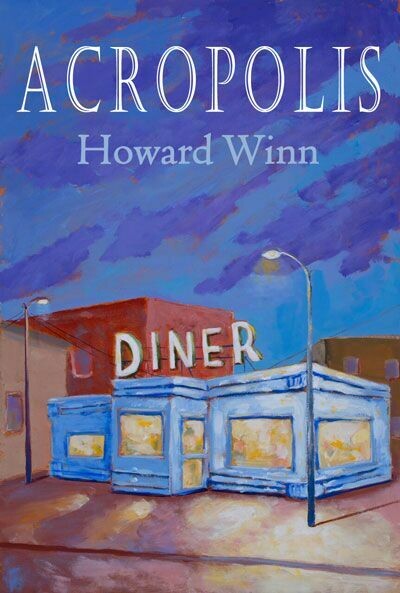 The Acropolis of Athens is a flat-topped rock which rises 490 feet above sea level. A temple sacred to Athena, Goddess of Wisdom, the Parthenon, was built there in the golden age of Athens under the leadership of Pericles (460 to 430 BC) and is considered the culmination of the Doric order. It is an enduring symbol of Ancient Greece and of Athenian democracy. Over time, it has been converted to a Christian church dedicated to the Virgin Mary, a mosque with a minaret added, and an Ottoman ammunition dump. It has been plundered of its ancient sculptures and is now considered one of the major tourist attractions of modern Greece.

It is also a Greek diner in Poughkeepsie, New York, U. S. A.

After fighting the "Good War," a small group of soldiers enters Vassar College, previously a women-only institution, courtesy of the GI Bill, and each attempts to settle in to a civilian life. The clash of cultures between privileged and working classes combined with personal struggles with PTSD, survivor's guilt, and simple readjustment battles amid the creative intellectual world of higher education makes for an engaging tale, as young men struggling to recapture lives disrupted by war encounter the beginnings of the McCarthy red hunt years. The response of the students and the Vassar administration to politically-motivated attacks upon academic freedom, free speech and freedom of thought blur long-held beliefs of patriotism and service, as the men are exposed through their college studies to the thinking of Reinhold Niebuhr and others who question the nature of war, nationalism and aggression.